We make Getting A Quote Easy!

The story of Marvelous Gardens began back in 2001 when Steve Marvin opened his business Marvin “Gardens” & Landscape Design, which had been a dream of Steve’s for many years. Christopher Taylor was in high school at the time and was working for Calhoun County Commissioner Precinct #2 where I was also working. Chris was looking to make some extra money and asked if Steve needed any help with his new business and from that day forward he worked with Steve side by side until April 4, 2003. That day Steve had left his truck for Chris to use, as there was a job that needed to be done in town. Steve had driven my jeep to work and on that stormy day he lost his life on Hwy 185.

Steve considered Chris his son he taught him the ropes of the business and he also taught him about life. There was a five year business plan that Steve had and he talked with Chris about this plan. After the wreck Marvin “Gardens” had a few things pending to finish up and Chris took over and completed the jobs like he knew Steve would have wanted done. Months down the road I knew I could not keep the business going and Chris asked if he could buy the mowers and trailer and go out on his own. That is where Marvelous Gardens came about.

Chris named his business Marvelous Gardens and used the same colors that Steve had with his business and he also developed a 5 year business plan. Chris started out pulling a trailer and mower behind a car that he used to drive back and forth to college, and mowing yards in between jobs and college. He used the skills and the advice that he had been given and from this his business has thrived. I believe with all my heart that Steve has been giving advice from the Heavens. Chris has a Garden Angel that will be by his side for eternity. There are people that come into each others lives and never leave and these are two that were connected from the very beginning.

As Steve took Chris in and gave him a job, Chris in turn hires Kade Marvin which is Steve’s youngest child, when he needs extra help. This means a lot to Kade knowing that he is working at a business his Daddy started, he knows how much Chris meant to his Dad and he loves doing this work, it must be in the blood. Amazing how one dream a man named Steve Marvin had has turned into a flourishing business. 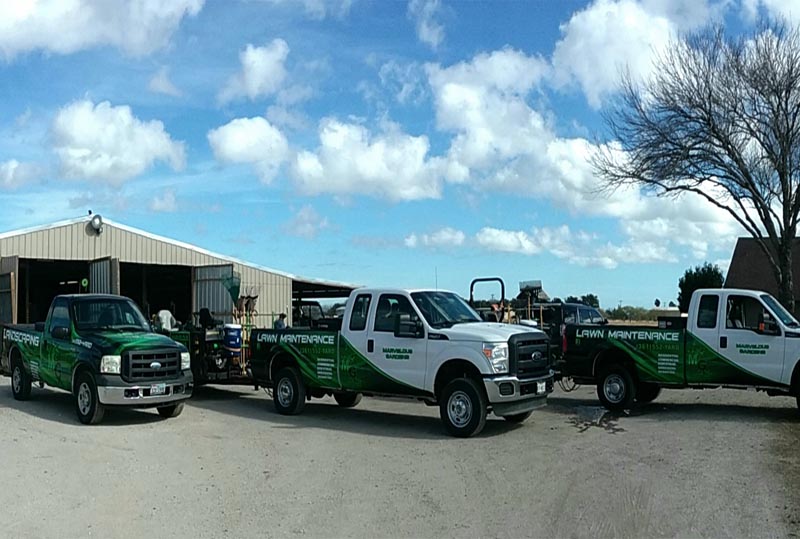 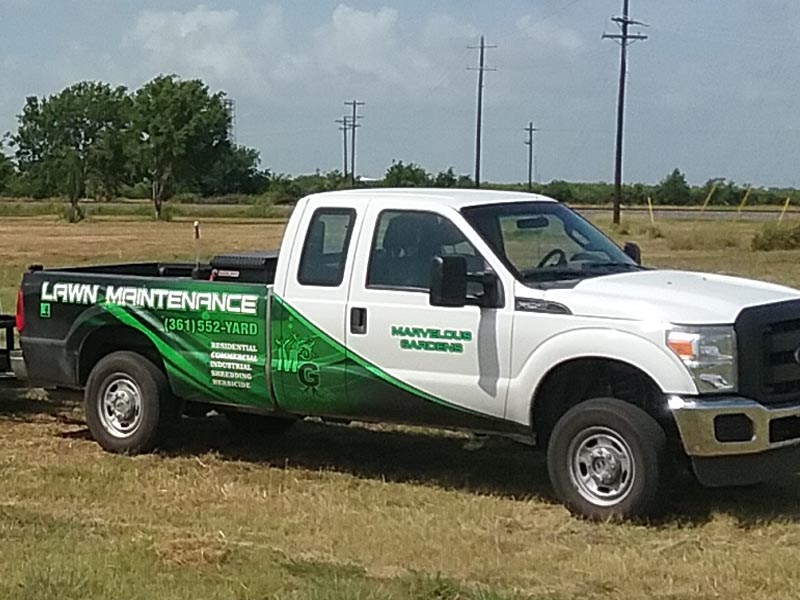 Marvelous Gardens is not the only thing growing in Chris’s life he also has married a wonderful girl who is like a daughter to me, Candace Rigby, and he now has three beautiful sons Trenton Allen and Trevor Carroll, and Treston Wayne. What a beautiful family he has I am so proud of this young man and what he has accomplished in such a short period of time. He is like a son to me and I know that Steve is proud of how Chris has carried on his Dream and is making a wonderful life for himself and his family.

Wendy (your other mom)

We make Getting A Quote Easy!